Jim Burton - So Much More than a Dad! 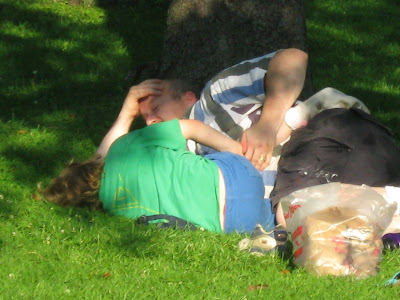 Sometimes, even when I think  I'm being present and conscious and grateful in my life, something comes along and shows me how I have taken something or someone for granted, assuming  they or it will always be there....

At about 10pm on February 19, 2012, I was made intensely aware that I had been taking Jim for granted, assuming he would always be with us, always be here to be the husband and father we've come to expect of him, to be forever the man I love...

On that night, the eve  of his much-anticipated winter vacation, the eve of his 48th birthday, and the eve of the fifteenth anniversary of our first meeting, as he was on his way home from work on country roads that wander through Saratoga National Historical Park (known to locals simply as The Battlefield,as though every town has one), a deer leapt into his motorcycle. 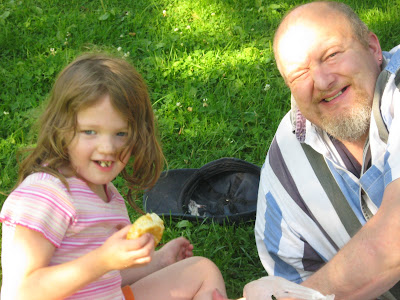 Jim, doing roughly the speed limit on the 55mph state route, was thrown about 100 feet. He tried to call me -  he said later that he wanted to say goodbye - but I was still angry over an argument we'd had that morning, and wanted neither to pretend I wasn't angry, nor to let my anger dominate the call.

Either before or after that, he called 911.

At some point after that,  a sheriff knocked on  our door - and, in that moment, our lives changed.

"First, let me say that your husband's all right."  A huge surge of relief nearly knocked me to the floor; instead, I wrapped my arms around the children. 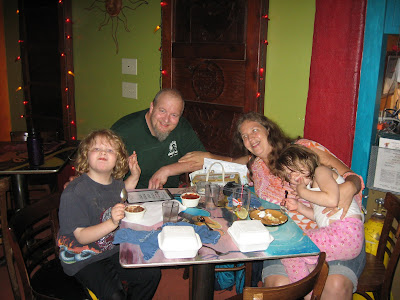 Then came the non-sequitur.  "He's being airlifted to Albany Medical Center."

The two statements danced in my head for a few seconds; but the equation did not balance.  I said so, and the officer clarified that he was stable, conscious, and coherent, but injured badly enough to justify airlifting.

The  next period of time passed in a blur as I tried to center myself and the children on this new reality.  I didn't have any information on how badly he'd been hurt, and I was feeling intense guilt about not  having picked up my phone, and a clawing fear that I knew I couldn't give in to, because Jim and the children needed me, and I knew that if I truly gave in to that feeling, I would be paralyzed and unable to help anyone. 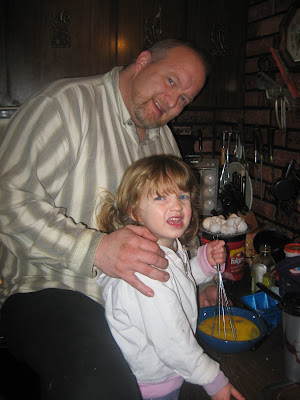 We drove the 40 minutes to the hospital, talking about what we might find - and, because we have a family policy of honesty, we also talked about what would happen if he died.  The kids were relieved to know that there is a modest insurance policy which could cover our needs for a  few months, while I figured things out.  We talked about it being a good sign that he'd been coherent, and his brain didn't seem to have been injured.

We waited longer in the emergency room - we were told only that they were still working on him, and he was stable, and we would be allowed to see him once they'd finished.

A little while later, we were ushered into a private waiting room,  where, a bit later, a young trauma surgeon came to tell us that Jim had broken 8 ribs, suffered a lacerated spleen and a collapsed lung, and possibly had broken his right hand.  He said there was "a minimal chance of mortality"-  not words a wife and mother wants to hear. 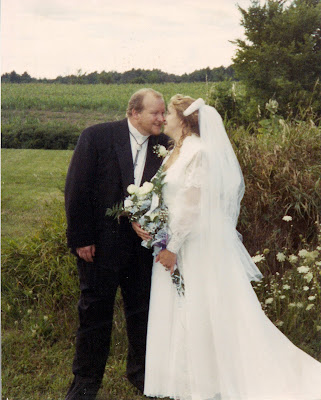 Finally, we were ushered into the emergency room. We almost didn't recognize Jim.  He is a large, burly bear of a man; he looked very different, flat on his back and moaning in pain.  He could barely open his eyes to look at us - later, I learned that they had done an MRI, with his arms extended above his head, and also inserted a chest tube - before they administered any anesthetic, and, when they did, they gave him morphine, which he is allergic to, and which led to intense nausea until it was discontinued.

There are times when a person you've come to see mostly as their role in your life - my husband; my children's father, my lover - is revealed as fully and completely human.

I experienced one of these times during the recent crisis, and I have remembered it in the months since - convalescence is not fast, with broken ribs, and it's likely that Jim will never be quite as strong and indestructible seeming as he was before the collision.

I felt it, too, when we sat in the NICU of another hospital, nearly 9 years ago, as he held our dying baby boy ...and after, when he held Elijah for another hour, unwilling to let him go quickly when he knew he would never have another opportunity to hold him. 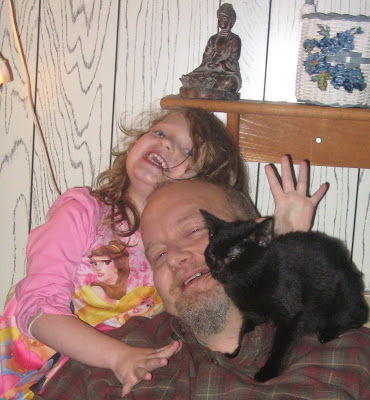 I had thought I would use this space to list all of Jim's positive qualities - how he relates warmly to the children; gives his blessing  to our unschooling,   travels, and adventures; cleans the toilet and washes dishes;  watches The Price is Right with Annalise most mornings; orchestrates "secret " ice cream runs with Jeremiah;  brings me coffee in bed; shares his passion for cooking and building and chopping firewood with the children; working in a hot and tiny kitchen through the summer's heat, so that there will be money and food and electricity and Internet and treats when we need them....

But he is so much more than that.  He is a vital part of this family; he is an integral part of my soul.  He belongs with us, and us with him, and we aren't nearly ready to live without him.

I thought I knew this, and was being as attentive and present as I could be.  But the very real threat of losing him, of needing to carry on alone, as a parent and as a woman, shook me out of my complacency. 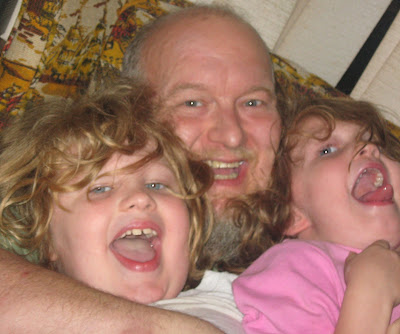 And that's not only good for unschooling -  it's good for life.

This post was written for the June 2012 Unschooling Blog Carnival.

What a lovely tribute to him, Shan. Not that you all won't have days where things don't always mesh, but that you will, and you will know that is part of what makes you precious...

Oh, Shan! This is beautiful. Thank you for sharing it with us!

Minimal chance of mortality is pretty good but a wonderful, full, rich life with a loving family sounds a bit better! (wink)

Shan,
What a scary time for you! You're right that sometimes we have to be shaken from complacency. But, oh my - poor Jim. Glad he's ok and healing!
Thanks for sharing this with Unschooling Blog Carnival.

Thank you. Nothing like almost losing someone beloved to really make you realize how much they mean to you.

I'm glad to have become more aware, but wish the awakening hadn't been so traumatic.

Thank you. We really love him. We're also thrilled to have him here and - mostly - whole and healed.

Ain't that the truth! =D

I'm now striving to maintain awareness, and not fall back into complacency. We could do without a shakeup like that again!