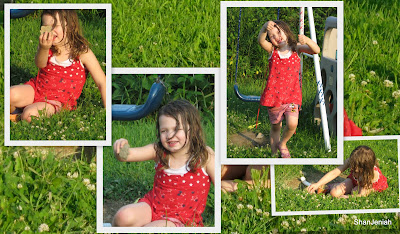 It was late into Saturday afternoon. We'd gotten up earlier than usual, as we were attending Christopher's birthday party at 11:30 am. Once we were home, I offered to pay the children for any assistance they wanted to offer in setting up the house for their party on Sunday. This worked well - they were very willing to spend a portion of an hour on small and simple tasks that uncomplicated my preparations, and we had a good time together, all working toward a common goal... 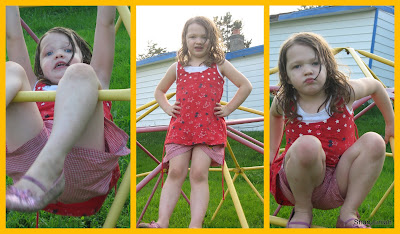 After a while, while I took a break,Annalise drifted off to play Legos in her room. Jeremiah, who is currently testing his capacity to go without sleep for extended periods, started to fall asleep leaning against me in the living room. Knowing how bustling the room was going to be with my cleaning and setting up, I helped him to his bed and made certain he was comfortable before going back to work.

I did some more cleaning....it was an active, creative week for the kids, and there was quite a lot of cleanup and decluttering to do so no one would trip during the party. When I was nearly ready for another break, Lise and I decided to go outside, and she went ahead while I finished up what I was doing before joining her. 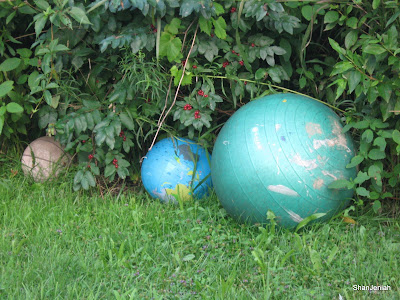 When I got there, she was under the swingset, whose name is Rocket, with the little shovel, rake, scoop, and pail she got at the Waterford Harbor Farmer's Market a couple of weeks ago. She looked up and told me, "I'm helping Miah with his very hard work."

I asked what the work was. "He's going to find a giant dinosaur bone. Maybe I'll find a Tyrannosaurus or a mastodon."

She dug, and we chatted. She found a bone (imaginative language for a hunk of rock), and explored it, then drifted over to the climbing dome. Once again, I was amazed at her grace and confidence in her body. At 40, I've never been anywhere near as physically assured.

From here, she ran around for a bit, and then asked if I would help her pick blackberries from our prolific backyard bush.


On our way, I noticed these three balls at the edge of our property. It evoked memories of long summers spent outside during my own childhood, somehow. I liked the semblance of order in their randomness, so I took their picture and am now using it as my desktop.

Lise picked blackberries, and consented to pose for me.... 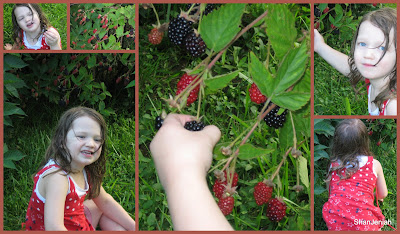 In all, we stayed out only about half an hour. Back inside, Annalise used my mortar and pestle to make "blackberry jelly". I got back into cleaning nearby, where we could talk, with renewed energy and a happy smile.

It was only later, with the day's busyness behind us, that I reflected on that magical bit of time spent outside, totally present with my daughter. A year ago, maybe even a few weeks ago, I would have been too wrapped up in my own goals to allow space and time for that breather. Instead, I would have worked myself to a frazzle to be sure everything was perfect at party time. And, shamefully, iI would have spent a good deal of time and energy haranguing the children - after all, it was their party, so why should I be the one all the cleaning and prepping was dumped on? By the time the party happened, I would have been too tired, too put-upon, to have just enjoyed their delight and the happy sounds of children celebrating (and spreading joyful chaos all about as they went, which of course led to another round of cleaning...). 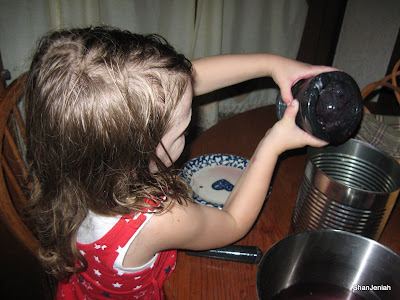 I'm afraid that, in past years, I have not been a very good Mom at party time.

Somehow, taking that break with Annalise, putting myself at her pleasure, and not rushing her or directing her play in any way, allowed me to see how much she's grown in the past year...and how much I have, too. It let me remember why it was that I wanted children - to watch and support their becoming, and to give the world the gift of adults who were raised respectfully, with loving joy.

It was a way to celebrate this new and improved way of living our lives...and, if I forget, these pictures of my joyful little girl, glowingly embraced by my love, will remind me.