The biggest and best (and only important) change we've made in our home this year is unschooling.

Unschooling has led us to accept that we are a family of four, with two of us young enough to care far more for the delight of the moment than the eventual need to clean up. As many posts in this blog attest to, this simple fact has been a personal challenge of a high magnitude for me. 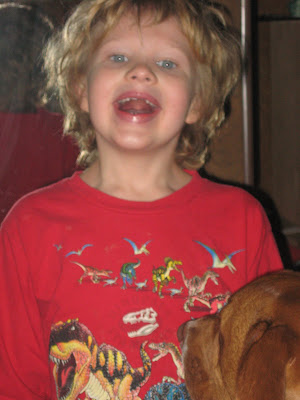 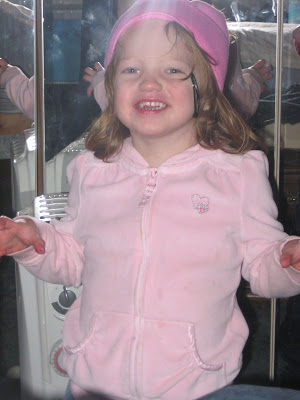 I was raised in a home filled with rules. These rules dictated where I was allowed to play, and with what, and when, and for how long. They dictated, too, that I was responsible for cleanup and organization. It was of no importance that these are skills I didn't acquire until well into my 30s...it was my responsibility, and that was that. Not meeting that condition led to punishment of varying severity, from lecturing or yelling to spanking - and, as I grew older, there came to be shaming consequences, too. At the beginning of the year, I was so sure I didn't need to remember those in detail, then or ever, that I mostly didn't....

But not remembering was having a bad effect on Jeremiah and Annalise - and Jim and me, too, - as I continued to do what had been done to me, in lesser degree, to my own children. Ironically, my insistence on cleaning was strongly opposed by my parents - the ones who had insisted on my cleaning. 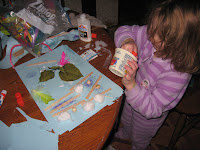 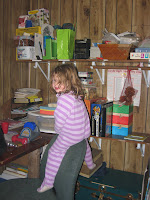 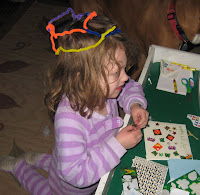 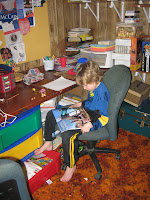 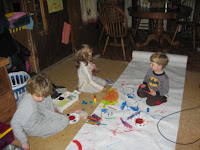 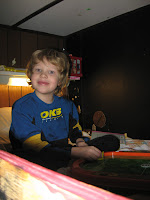 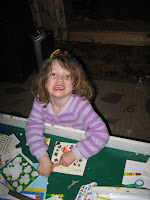 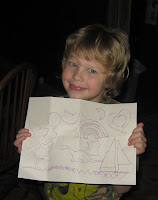 When we turned loose these ideas, in earnest, throughout the spring and summer months, there was a period of intense discomfort for me, and, by extension, the rest of my family. It wasn't a simple or smooth affair, my letting go. It was more like running a marathon - a marathon that I'm still in the midst of, still seeking that perfect pace that challenges without exhausting.

I documented that phase with lots of pictures, fighting my way to acceptance of the simple fact that life flows, and so does the balance of our home. It's never all clean, or completely chaotic, and, slowly, I'm coming to a place where I can free myself to ride the current of it, doing only what I feel like doing joyfully, releasing the need to do ANYTHING simply for the sake of image.

While photographing the messes, I came to a huge realization, one that changed everything about my perspective. Through the lens, or later when I studied the pictures upon downloading, I began to notice that the mess in my mind did not translate well to the reality of the image. It's not that our house looks perfect - the pictorial proof that it doesn't is clear enough. But a lived-in look just isn't a big deal, compared to the devastation I had envisioned. 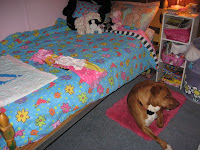 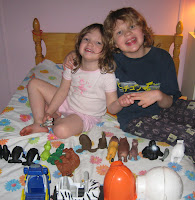 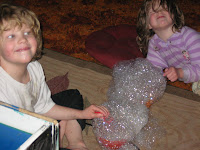 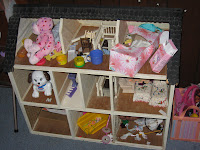 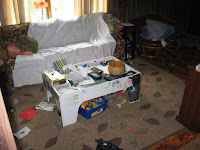 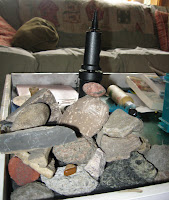 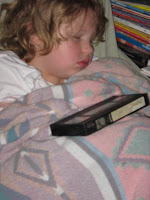 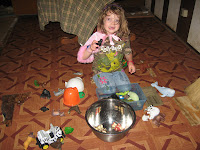 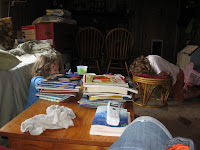 It's true no fashion magazine would want to come here and do a photo layout. But I'm willing to bet thefamiles profiled in those magazines aren't unschoolers. We've got different priorities here. Our house is nothing so much as a safe have for rest and recreation - and also creation, experimentation, and invention. Four creative minds in a small space can very quickly turn our happy, cozy home cluttered and chaotic - but the good news I'd never realized is how it can be set to order almost as quickly, if my standards aren't too high. 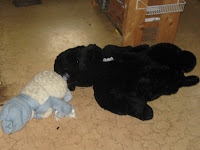 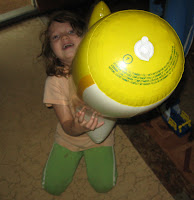 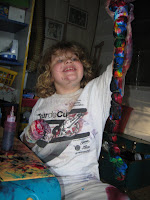 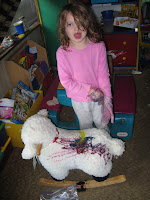 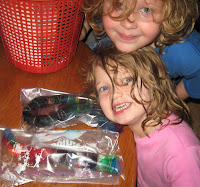 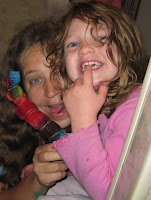 Unschooling has led us to a place where we just are....ourselves. Four passionate, creative, and generally happy people. Four insatiably curious learners always engaged in a swirling, exhilarating series of projects, energies, and ideas...

It is home, in a way it never was, when I tried to control the way the house looked. And it's a hell of a lot more fun! =) 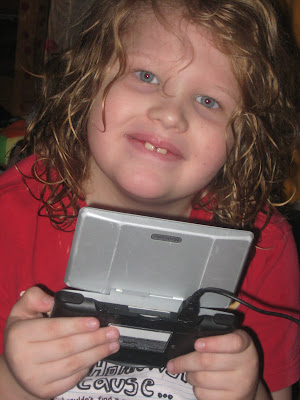 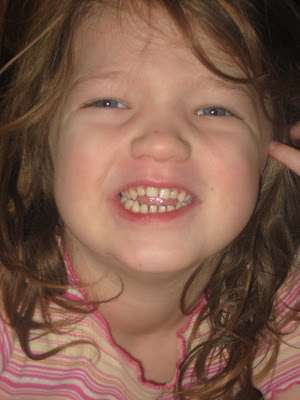