A Tale of Two New Years

Some days, I have the urge to keep a camera nearby, to document the more interesting parts of our living.

I have a few reasons for wanting to do this:
Other days, regular days and holidays alike, seem to beg to be captured in images.  Sometimes, the kids ask me to take pictures; others, I ask them if they mind (and I respect their wishes; the pictures you see are approved by the subjects).

I had my camera out on New Year's Day, 2010 .  It was a busy day, that year, when Jeremiah was 8 and Annalise was almost 5 and a half.  Life was more hectic then, and more capricious - and much, much messier.  Lise, in particular, was still hugely expansive, and keeping up with what she was doing, most days, was a project in itself. I wasn't nearly so often able to keep my head above the clutter, then, and so less able to see any way to deal with the problem without upset or bad feelings.

I had intended to go back and caption the pictures - some of them would really benefit from more explanation.  The next day brought new activities, new messes, new moments to live, and, maybe, document.


Time slipped by.  Last year, I didn't bring out the camera. I don't remember why; it really doesn't matter.  It was a day we lived privately.

This year, though, the day began with coolness, and continued on that way.  I didn't bring out the camera for some parts of it, and did for others...

Annalise was up to see the ball fall for the first time in her life, and then we introduced her to the tradition of the New Year's kiss.  Jeremiah fell asleep at about 10pm, and so missed the ball drop this year.

Lise went to bed at 12:30 am,  and Jim around 1:30am.  I waited up for Miah, who started to stir at around the time Jim fell asleep.  I didn't want him to wake up all alone on New Year's morning with nothing special to commemorate the beginning of his new year.

So when he woke, he found me up,waiting  in our little family room, on the couch by our twinkling Christmas tree.  I had my Sweet L'il Lenovo ready, and we chatted and watched a series of videos on YouTube, taking turns selecting.

.Just for your amusement (or not), here's the list of what we watched (most of it; a few things we didn't like enough to save the links for).....

I love these late night times when only he and I are awake.  Miah has a side that fades away, in the daylight hours, a more thoughtful and philosophical side that thrives in the quiet shelter of night.  I am honored that he sometimes shares part of that side with me -  it's truly fascinating, the way he's growing up, the things he ponders, the ideas that spring from him.  Late in the night, he sometimes seems years older than 10, with the things we discuss.

After cookies and milk, I said goodnight at about 6:30am, and headed to bed.

I woke at about noon, and this is what I found....


When the children first began using our splitting maul, last winter, I was very nervous and didn't want to watch.  I was still seeing them both as younger and less capable than they truly were, then.  I am learning now to see them in light of their actual abilities.  And, instead of looking at what today's overly cautious society would expect a child of 7 or 10 to be capable of, I thought of what children of their ages did in other times, when wood was the only source of heat in many pioneer homes.  A boy of 10, who was approaching adult size, as Jeremiah, at nearly 5 feet tall and 134 pounds, is, would be a tremendous asset in procuring fuel for the winter fires.  And these children who have grown from babyhood seeing their father tend to the matter of firewood are, by nurture, far more aware of the inherent dangers than they might be, if our yearly allotment were delivered to us already cut and split.


After Jim had finished with those  magnificent beams from a barn built in 1913,  and the kids tired of experimenting with the axe, we all came inside for cinnamon buns, fruit, and warmth, and then Annalise decided to redeem a gift Jeremiah had given her for Christmas....2 hours of playtime, 2 days a week.  Her first "play time" choice was for Jeremiah to help her give Corki a shower, because he was starting to smell a little more doggy than sweet.

It should be noted here, that Corki is a fairly burly dog who weighs about the same amount as Annalise.  He's not a big fan of water, and showers aren't, therefore, among his favorite things.  He does, though, love his kids, who work hard to maintain a respectful relationship with him, and so he allowed them to bathe him.

After Corki's bath, the kids decided to try some canned spaghetti and meatballs.  Miah has been getting comfortable in the kitchen, and likes cooking, but also wanted some simpler, prepared foods he could warm up even if everyone else is asleep (he's not quite ready to cook without someone nearby, for safety).  So, Jim brought home some canned pasta items he had enjoyed at Miah's age.
The kids warmed them up, and decided they did not care for them.  Nostalgia is a nice thing-  but that pasta was nasty!


A little later,. they dragged a mattress, cushions, pillows, and blankets into the living room and built an obstacle course for jumping and rolling games.

Sometime after that, they had pillowcase sack races through the house, finally collapsing back on the mattress on the floor, under crib quilts made long ago by Gramma Jan and sent all the way from Oregon, which may be why they are still so loved....


The day ended with both kids falling asleep to a Phineas and Ferb  marathon, via the Roku.

In some senses, it's the same type of day, filled with bustle and hustle, and periods of resting, that we had two years ago  There is still play, and lots of it, and there is still quite a diversity in the amusements they choose.

These days, though, the play looks a lot more like productive work, and activity focuses around well-developed interests .  Where, back at the beginning of 2010, "work" was a minor character or detail in their play; and generally fantastical,  now, at the beginning of 2012, it often takes a very realistic starring role.  Their work-play, far more often, truly benefits us all.

They are, increasingly, choosing to play joyfully at tasks other children might be given as required chores intended to teach them "how to be responsible and do their share of the work".  They also play at things, like chopping firewood and bathing the dog, that most parents wouldn't consider "age-appropriate" for children of their ages, and yet, they do these things with confidence, competence, and awareness of potential dangers.

Why do Jeremiah and Annalise choose to do things like chopping firewood, bathing the dog, and preparing food along with the more obvious "play" of sack races, television, and mattress bouncing?

I think the following factors all play a role:
Whatever the reasons, the evidence is clear, in these photos.  Where my children were, in their lives, in 2010, they have since moved two full years beyond.

And, by extension, where they are now is not where they will be, two years from now.

Back then, on January 1 of 2010, I carried a great deal of angst about the near-constant state of chaos in our home,.  I veered between a state of allowing Miah and Lise to do as they pleased in rooms we all shared, then having reactions from resignation to fury to hopelessness to threats and guilt trips to "make them want to clean" - to denying them any privileges there, sometimes for days in a row, when I could no longer cope - and both of those were improvements over the prior practice of forcing two much smaller children to clean up after themselves.....

I was certain that our home was in dire straits, and would never be any different.

And I forgot the one fundamental fact of life with children.


Children are not static.  They are ever and always changing.  That is their inviolable nature.  They cannot be else.

That seems so obvious now, almost like something I don't need to write down, because everyone clearly knows it already.


But there is knowing, and there is comprehending, and they aren't always the same thing.  Sometimes, they are worlds and worlds apart.

I forgot that the children would grow, and change -  that, in those moments when I was finding their current state of being too much, and dwelling on how to cope with it, how to "make them see" my side of things, they were growing and changing, becoming some older, wiser form of who they were, right then.

All the energy spent on trying to "make them see"  might have been better spent in play, or in joyfully taking care of the things I chose to tend to, with a spirit of service and delight in the end result, even if it only lasted a very few minutes.....

Because none of that energy - the angst, the guilt, the outright fury that, once again, I was left with "all the messes", did one thing to actually lessen the messin'.

I was a broken record, and the kids wisely just plain tuned me out, as they would any unwelcome intrusion.

Their growing up has accomplished something that all my complaints and angst couldn't begin to do.

And this new knowledge has led me to a wonderful realization - that all the struggling against the nature of children as they are will not yield nearly as satisfying a result as simply accepting them as they are, communicating openly about the needs of our family community, and serving my family joyfully, as a gift.


So I begin this near year with a choice to see people and things, not as I imagine them or wish them to be, and not in light of the things they lack, but rather as they are, in this moment, learning and growing and living, rich in gifts and experiences. 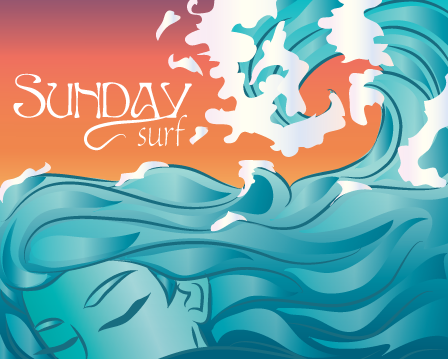 It's letting me comment! Wow! (Do you have any idea of what changed? Because I don't)

Anyway, loved this post, Shan. It's something I endeavor to slowly build in my own life and in our home. The obstacles are the same. They are different. They are, but then they always "are". I know it's up to me how I intend to deal with them. Do I rail against the windmill or allow the wind to turn it as it needs so that we can be nourished and fed? Granted, I might lose some weight in the battle... It seems like effort that could be spent elsewhere.)

No, I don't really know what changed. It's a capricious format, it seems....but the kinks are working themselves out, hopefully permanently.

You will find your way. It won't look like mine, and, finally, I can be at peace with that. And I KNOW you will find it, in your own manner and your own time, and it will fit your life and your family....

And then, you'll need to keep finding it, as Marcus grows and matures...nope, there is definitely no one-time only figuring things out with kids..... =)

Reading through to answer your comment, I found a LOT of typos I'll be fixing throughout the day....so thanks for the comment, and the nudge to improve this!

Much love to you and yours, Sys!